White Sage and Its Pollinators

Of these five, it is white sage that is faced with an unprecedented global demand on a commercial scale and has had legal ramifications and negative impacts on the Indigenous peoples who use this powerful plant traditionally as medicine, food, and in ceremony. 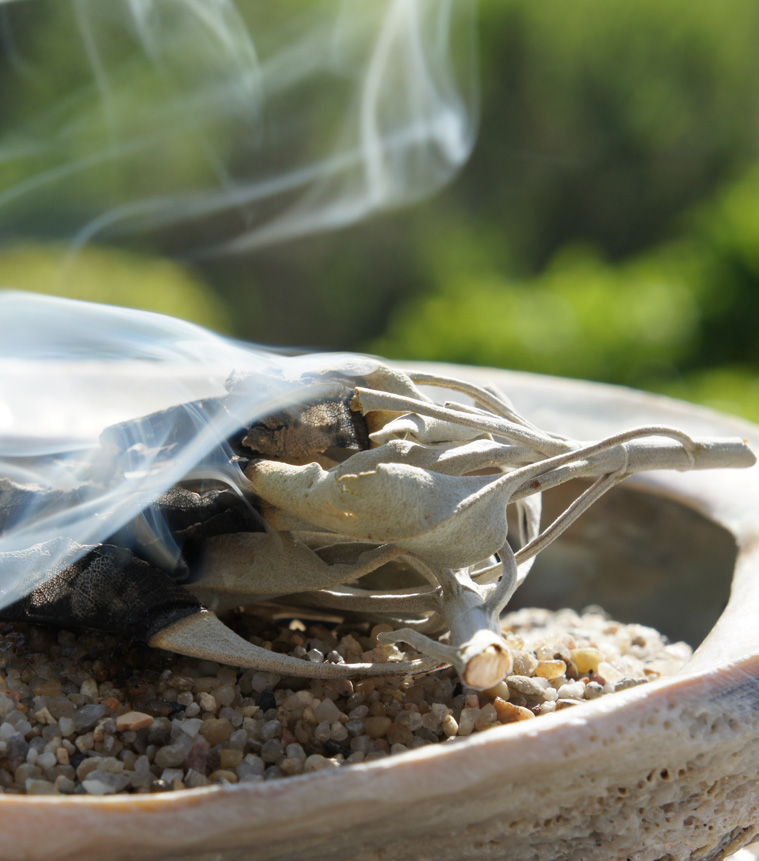 Additional risk factors include fragmentation of coastal sage scrub habitat (which is considered extreme in California), human-driven habitat loss and habitat conversion, and habitat loss due to climate change. It is predicted that climate change coupled with excessive land use alone could result in a 66% reduction of white sage’s natural habitat by the end of this century. Additional threats include altered fire regimes and invasive species. Human activity and growth are the predominant drivers behind an increase in the number of fires. Although white sage is a drought-tolerant facultative seeder, repeated burning destroys seedling and mature plants, as well as contributes to conversion of habitable coastal sage scrub into uninhabitable annual grassland. And invasive species, such as the pride of madeira (Echium candicans) encroach upon and outcompete white sage for their habitat. Another serious impact threatening the sustainability of white sage is its high commercial demand, especially in North America.

White sage bundles (made from white sage stems and leaves) used for smudging can now be purchased from Wal-Mart, Urban Outfitters, Amazon, e-Bay and Etsy. The smudge sticks are used primarily to clear negative energy from within and without; however, after it was widely publicized in 2007 that the smoke released from smudging effectively kills airborne microbes the popularity of smudging spread. The practice is rooted in the ceremonial and sacred rituals of the Native American and First Nations cultures. Therefore, commercial harvesting of white sage is of great concern to these Indigenous peoples.

Educated decisions and supportive actions will positively impact the protection and preservation of white sage. There is no permit for commercial harvest of white sage on public lands. Legal harvesting of the plant can and should only be carried out on private land with permission, and on sustainably managed cultivated populations.

Retailers and suppliers of white sage essential oil, smudge sticks, and loose leaves should be able to provide evidence that white sage was legally and sustainably harvested from the wild, and if sourced from cultivated populations, that the plant material is under sustainable management.

Airmid Institute is working to spread this important message and to develop a project in partnership with Native American tribes in Southern California focused on education about white sage and its pollinators.